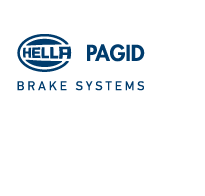 racing one achieved top scores in three racing series
11/07/2018
11/07/2018
Essen, November 11, 2018. The 2018 season was successful for Hella Pagid and racing one. The Andernach-based motorsport team achieved top scores throughout the 2018 season in the VLN Endurance Racing Championship Nürburgring, ADAC TCR Germany and GT4 European Series racing series. "It is the result of many years of hard work, constant optimization, a unique atmosphere within the entire team and a friendly partnership with Hella Pagid," says Martin Kohlhaas, Team Manager of racing one.

With up to six races per month, the motorsport team traveled throughout Europe from spring to autumn. In the VLN, racing one with the Ferrari 458 GT3 in Hella Pagid Design achieved first place in the SP8 class with 9 start-to-finish victories this season. In the entire driver field, which consists of approximately 150 vehicles, the overall ranking was 3rd.

The team was equally successful in the ADAC TCR Germany racing series. Together with racing one and driver Niels Langeveld, Hella Pagid was delighted about 3rd place in the driver and team classification, which was achieved with an AUDI RS3 LMS. In the "GT4 European Series" racing series, the driver and team ranking in the "Pro-Am" classification was won after 14 races with the AUDI R8 GT4 LMS.

"In addition to the positive race results, we particularly remember the unforgettable experiences on the race tracks that we shared with racing one for the benefit of our customers. We feel that customers will become genuine fans of the Hella Pagid brand and identify both with our high-quality products and brand values," affirms Lars Brylka, Managing Director of Hella Pagid. "We want to expand our partnership with racing one even further on into the future. As such, we're already looking forward to 2019!"
2018
Picture-Download

700
Article-Download
Press release, PDF (0.16 MB)
11/07/2018
YOUR CONTACT
Hella Pagid GmbH
Timo Krämer
Senior Marketing Manager
Phone: +49 201 217 600 25
Email: Timo.Krämeehws@lcmlr@hella-pagid.com
03/11/2020
You accept the required cookies by using the website and its features and continuing to navigate around it. You can manage cookie categories and accept additional categories under Cookie Consent Options. By clicking on the “Accept” button, all categories of cookies are accepted. You can withdraw your consent at any time with future effect. You will find further information in our Privacy Policy.
Cookie Consent
We use the following categories of cookies on our website:
Required cookies are needed to provide you with basic functions during use of the website.
${description}